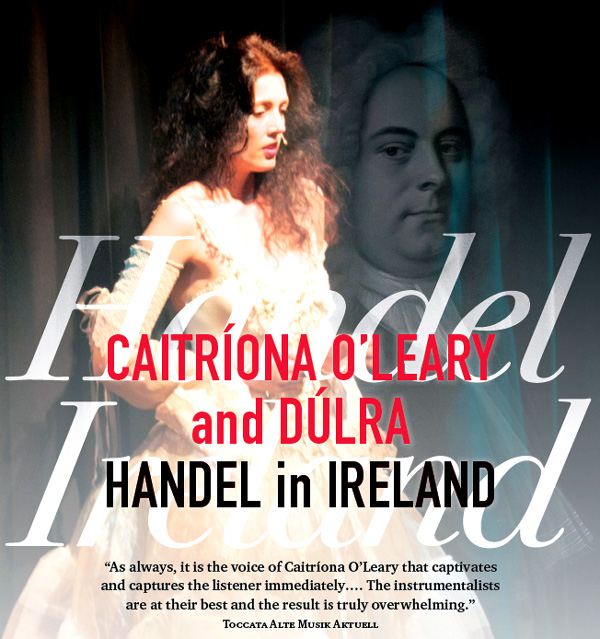 Following a standing room only concert at the Händel Festival in Halle, Germany in June 2015, Handel In Ireland –  performed over five dates on a tour of Ireland – is Caitríona O’Leary & Dúlra’s celebration of Handel’s stay in Ireland in 1741 – 1742 during which time he premiered his most famous work, Messiah.

The concert features songs and dances that were popular in Ireland at the time, music that Handel would undoubtedly have encountered here, as well as some works by the maestro himself, reimagined in traditional Irish interpretation.