These remarkable folk carols from the 17th and 18th centuries are rarely performed and largely unknown to the public. Over the years the music for many of the carols has been lost. For these concerts Ms. O’Leary has unearthed and reconstructed several of the carols giving listeners the opportunity to hear – perhaps for the first time in centuries – a large selection of these beautiful and historically important works. The Wexford Carols is being supported by a Deis Award for Traditional Arts from the Arts Council. 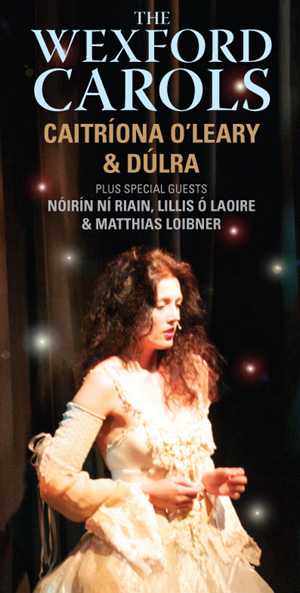